Silent Hill Downpour is a survival horror genre game, based on adventure, developed by Vatra Games and published by Konami Digital Entertainment. The game uses a third-person view and can be played in 3D. In this version the player inspect detailed and abandoned surroundings, resolve puzzles, battle away monsters and facing psychological themes along the way. Developed by Vatra Games, a newbie in the gaming industry, Silent Hill Downpour has adopted a completely different approach towards the game. By altering the landscape, the game provides its players to explore some new towns and locations of the Silent Hill.

They introduced a new central character. The new game has also tried to revive the horror genre by adding more action and situations demanding more combat. Though there are some connections made with the previous games of the Silent Hill series, most of the new additions can be perceived to be weak. Barring the few thrilling events happening in the Downpour the most of the additions are very basic.

The background of the central character is not fully framed. The gamer would get bits and pieces of information regarding the intentions and objectives of Murphy Pendleton, but his past is not well portrayed. The visual cues provided in the game are not enough to explain the situation. However, as the gamer progresses more into the scene, the picture becomes clearer.

The game allows the players to create Murphy’s characters on their own terms by providing them some choices. However, the choices do not leave any kind of real impact as one think they might. There are certain events which happens irrespective of the choices the gamer makes.

Even though combat plays a very critical role in this new version of the horror game series, the choice of weapons is very weak. The main character is made to fight with whatever is there is available from the scenario. There will be sometimes a plank of wood available or a fire extinguisher. Sometimes there will be hammer or just a simple rock. The gamer has to find it and look for it whilst in combat.

The lack of proper arsenal defeats the purpose of increasing the extent of combat in the game. Also, at the same time the weapons are easily degradable. They tend to break and perish very quickly. That makes it all the more jarring for the gamer to search and find new weapons from the scenario.

The combats themselves are very hectic. All the attacks stagger the main character. This causes the gamer to lose control. Aiming of the weapons is also not very precise. The character has very low control over the weapon and the targeting the enemy is challenging. Like any other games in the Silent Hill series, guns are available here also. But it is rare to find guns, as ammo, here in this game.

The game will take the gamer through many journeys and make him solve various mysteries. There are certain glimpses where you will find the designs to be cool and savvy.

This is especially in the sequences in the Otherworld. The graphics create some scary instances. However, an experience gamer will easily notice the flaws like popping of the texture and stuttering rating of the frames. The game also freezes at moments making it irritating for the gamer.

IF YOU WANT SILENT HILL DOWNPOUR ON YOUR PC, CLICK ON:

In order to play Silent Hill Downpour on your PC, your system needs to be equipped with at least the following minimum specifications:

For the best SILENT HILL DOWNPOUR PC experience, however, we recommend having a system equal to or better than the following specifications: 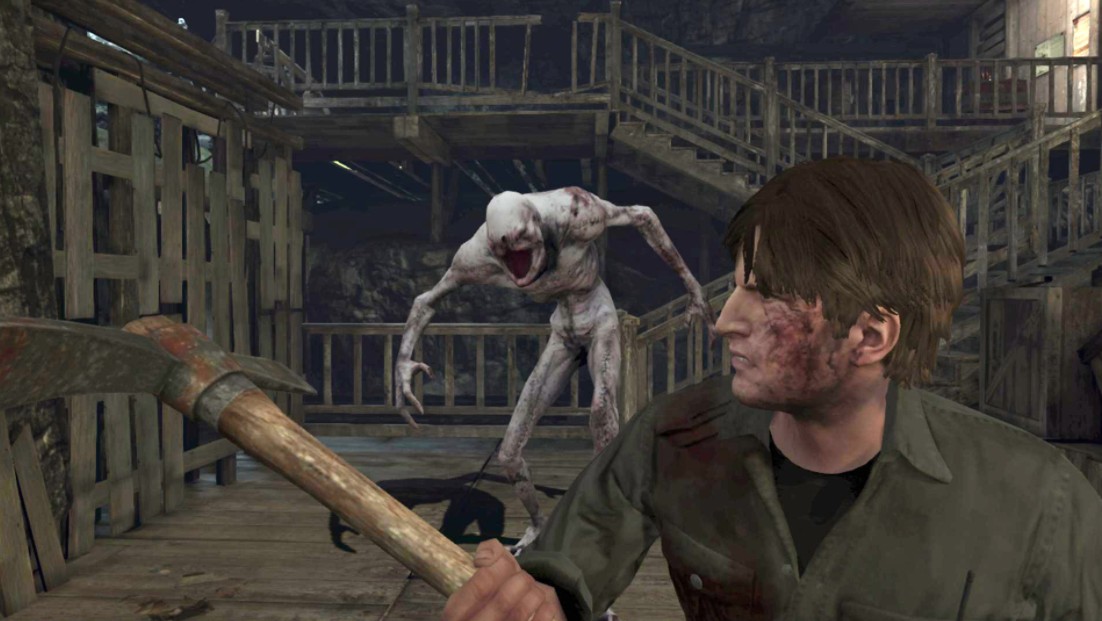